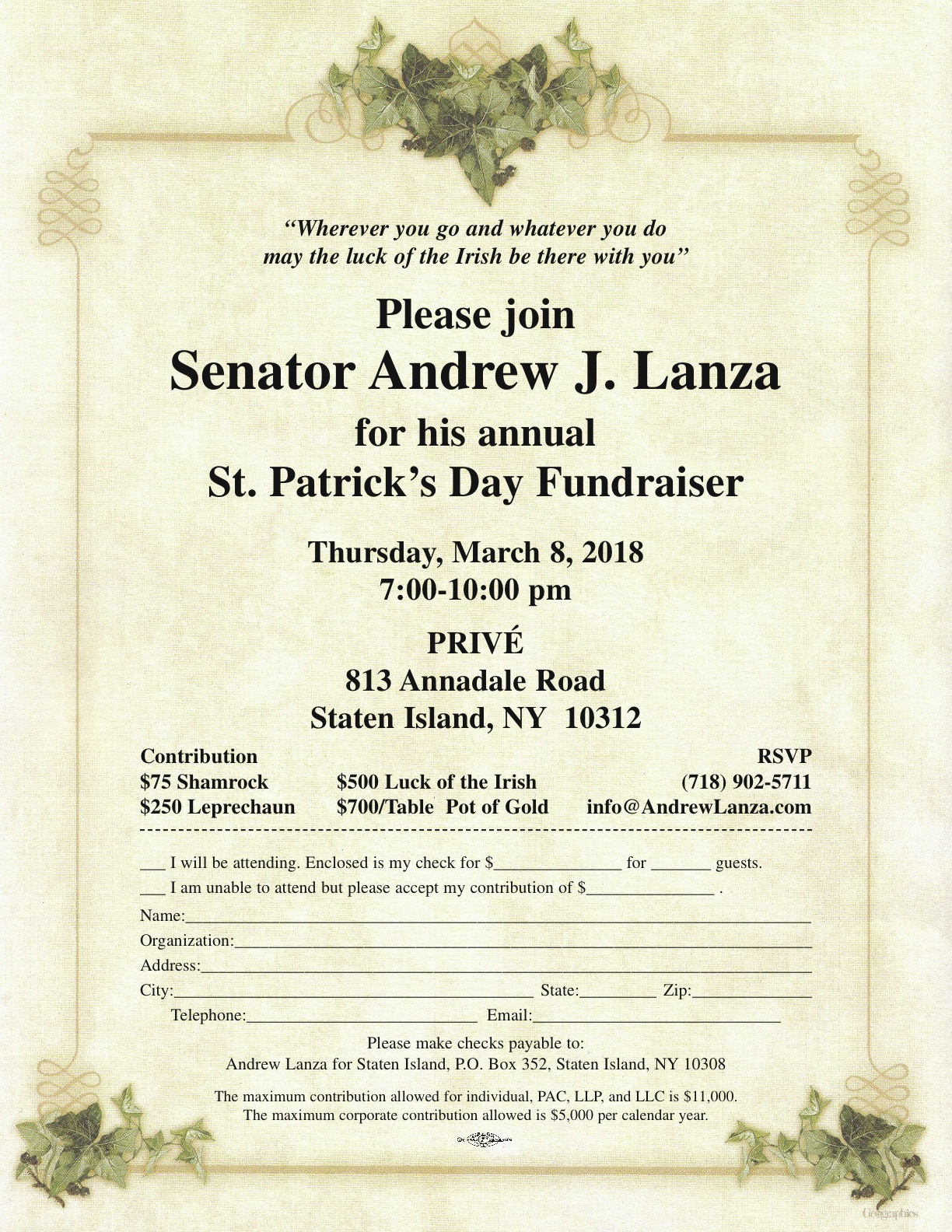 This law grants qualified veterans in NYC, upon approval of the City Council an exemption on their school taxes. It is only fitting that we show our commitment to military veterans who have sacrificed so much to protect our freedom. As the proud sponsor of this bill, I think it is important that we demonstrate our unwavering commitment to honor and properly recognize our veterans' service to America.

The New York State Senate passed legislation this week to prevent
automated ticketing software – also known as “bots” – from buying up
concert and other event tickets before consumers have a chance to purchase
them. The bill (S6931C), sponsored by Senator Andrew Lanza (R-C-I, Staten
Island), strengthens existing laws to prevent bots from using unfair
technological advantages that keep retail priced tickets out of the hands
of fans so that higher ticket prices can be charged on the resale market.

Senator Lanza, Chairman of the Senate Investigations and Government
Operations Committee, said, “This bill will help stop ticket price gouging
and protect consumers from unscrupulous speculators who use unfair
technology such as bots to quickly seize the best seats and resell them at
inflated prices. It represents the strongest ‘anti-bot’ legislation in the
nation, as it will prevent the use of mass ticket purchasing programs which
deny people a fair chance at buying event tickets. I thank Attorney General
Eric Schneiderman for working closely with us to fashion this measure.”

Current laws already make it illegal to utilize bots - any machine,
device, computer program, or computer software that navigates or runs
automated tasks on retail ticket purchasing websites - in order to bypass
security measures to purchase tickets. However, while there is a civil
penalty ranging from $500 to $1,000, there are no criminal penalties to
help further deter the use or sale of bots.

To make a more equitable ticket buying process, this bill creates
criminal penalties that include imprisonment or fines for the sale or use
of bots - a Class A misdemeanor charge for first time offenders, followed
by a Class E felony for repeat offenders. Fines would range from $750 to
$1,500 for each violation, plus the required forfeiture of profits from the
sale of the unlawfully obtained tickets. The bill also expands the
definition of bots to prohibit their use to circumvent control measures
used by Internet ticket sellers to ensure equitable consumer access to
tickets for an event.

The bill has been sent to the Assembly.

Posted by Anthony Reinhart September 09, 2016 8:41 AM
Share
Add your reaction

STATEN ISLAND, N.Y. -- A new law formally prevents any future development on land that was acquired by the state after being ravaged by Hurricane Sandy and other past storms.

Through the state buyout program, NY Rising Housing Recovery Program, houses in Oakwood Beach, Graham Beach and Ocean Breeze were acquired after they were destroyed by Hurricane Sandy, and thanks to legislation from Sen. Andrew Lanza and Assemblywoman Nicole Malliotakis, the parcels will never be developed.

STATEN ISLAND, N.Y. -- Last year when Sen. Andrew Lanza gave up pursuing his dream job as Staten Island's district attorney, it was because he felt he was needed in the state Senate.

With a slim majority, the Republican feared a vacancy in his seat — should he run and win the DA slot — would mean the Senate GOP could lose its control, or keep only a "razor thin majority." If Republicans lost control of the Senate, that would mean Democrats would control that chamber, and continue its hold on the Assembly, as well as the governor's office.

One-party rule would be devastating, he argued at the time and repeated it recently.

"When one side knows they don't have to listen to the other side, they don't," he said last spring, explaining his last-minute decision not to go for the DA's office. "And that doesn't work out well for people."

Now, Lanza has some additional power and responsibility, being in the "inner circle" of Long Island Republican Majority Leader John Flanagan.

Albany lawmakers are in the midst of budget season, combing through the pages of Gov. Andrew Cuomo's proposed spending plan, hearing testimony from state officials, deciding what to take out, what to add and how to pay for it all.

"I've been involved always, but you know, I'm maybe in a little better position than I have been," Lanza said during an interview in his Albany office recently. "This year we have a new leader and I was part of his inner circle, Senator Flanagan, and he has graciously delegated a lot of responsibility to me, which I welcome, because I want to be there at the table. I want to be able to talk about priorities, I want to be able to bring the priorities of my district to the process."

Lanza emphasized both in this interview and in budget hearings that his first priority is taxes.

Two years ago, Cuomo and the state Legislature eliminated the corporate income tax on manufacturing companies for the first time since 1917, and cut corporate taxes to the lowest since 1968.

Those are facts that make Lanza proud.

They cut taxes and "we ended up with more and that's what we've been saying all along. ... We have more money this year to spend than we did when taxes were $16 billion more," he said.

His bill to impose a 2 percent cap on property tax increases in New York City, which passed the Senate a couple of weeks ago, like last year, may see an early death in the Assembly, where Assemblyman Michael Cusick (D-Mid-Island) is the sponsor and Assemblyman Matthew Titone (D-North Shore) and Assemblywoman Nicole Malliotakis (R-East Shore/Brooklyn) are co-sponsors.

It would bring the city into the fold, joining the rest of the municipalities throughout the state that must keep tax increases below 2 percent, or the rate of inflation, whichever is lower.

"It sounds like a political argument but it's not a political argument, it's something that is real," Lanza said. "You talk to people in our district, you talk to people on Staten Island and they talk about the cost of living and a large chunk of the burden is government. And I know that because so many people I grew up with moved. There's a lot of reasons people move, but the thing I hear most is 'I get more for my money in these places and it's just too expensive to live here and I don't feel as if I'm getting something in return'."

Lanza also wants to see a permanent 2 percent state spending cap. While the governor has put forth budgets that stay at or below a 2 percent increase, there's nothing in the law preventing him, or any future governor, from changing his mind.

Last year, Lanza sponsored 250 bills, 41 of which were in the areas of crime and the penal code.

He plans to continue that emphasis this year.

"It all starts with public safety," he said. "If you can't be safe in your neighborhood then all the other lofty goals that we have as a society ... you'll never get there."

As a father of three, keeping his kids safe is always on his mind.

"You worry all the time about their well-being."

Included in that is fighting the heroin/opioid addiction crisis, he said.

He and Cusick got I-STOP passed into law in 2012, allowing doctors and pharmacists to check electronic databases to see whether a patient has been abusing opioids and prevent further abuse.

The state "does a lot for the vulnerable population ... That being said, we don't do enough."

There's not enough spending for mental health services, Lanza argued, and there's a housing crisis for adults with developmental disabilities.

A fiscal conservative, Lanza said he could find plenty of other places to cut so there could be more funding for the vulnerable population.

There was a record increase for school aid last year and the state will do it again this year, he said.

"We put our money where our mouth is when it comes to education."

Education is one of the largest spending areas in the budget, and Lanza wants to see more go to charter schools too.

Educators and lawmakers always say they want parents to be engaged in their children's education.

That includes listening to them when they say they want charter schools, he said.

"We can't say we want parents to have a say in the education of their children and then all of a sudden when parents say, 'I want to send my kids to charter school,' say, 'Well we don't want to listen to those parents'."

He added, "Our policies have to be consistent with our rhetoric. Competition is good, a variety of ideas is a good thing. That applies to education too."

Posted by Anthony Reinhart September 09, 2016 8:30 AM
Share
Add your reaction

STATEN ISLAND — The MTA will fund a $5 million study on a light rail system that would connect Staten Island to New Jersey.

State lawmakers helped get the MTA to use funding from its budget on evaluations for the West Shore Light Rail system, first proposed more than a decade ago to connect Richmond Valley to Elm Park and link with light rail connections in New Jersey.

"All of us at SIEDC are extremely thankful to Assemblyman Michael Cusick and Senator Andrew Lanza for this incredible achievement," said Cesar J. Claro, president and CEO of the Staten Island Economic Development Corporation (SIEDC), which first pitched the plan in 2004. 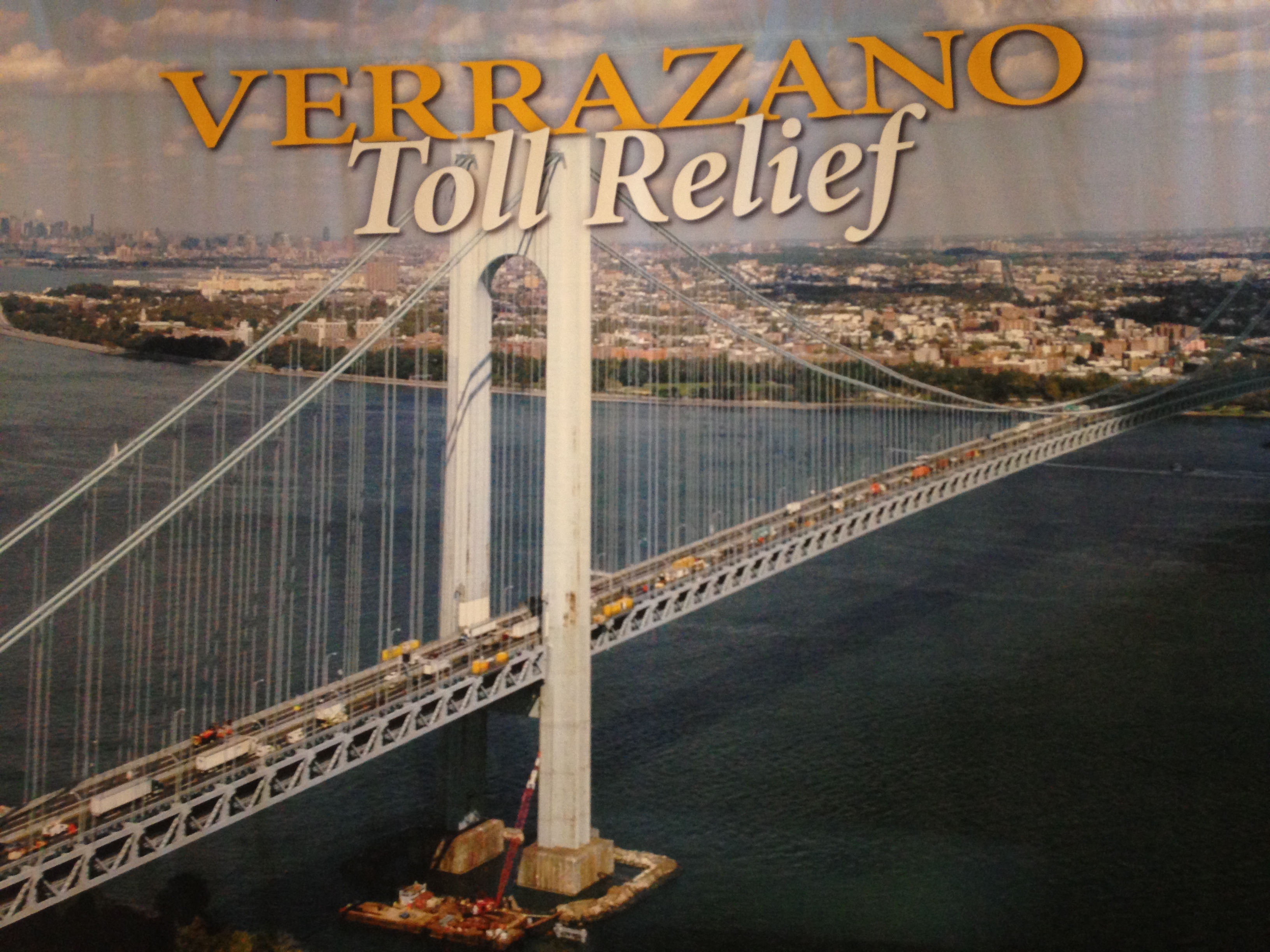 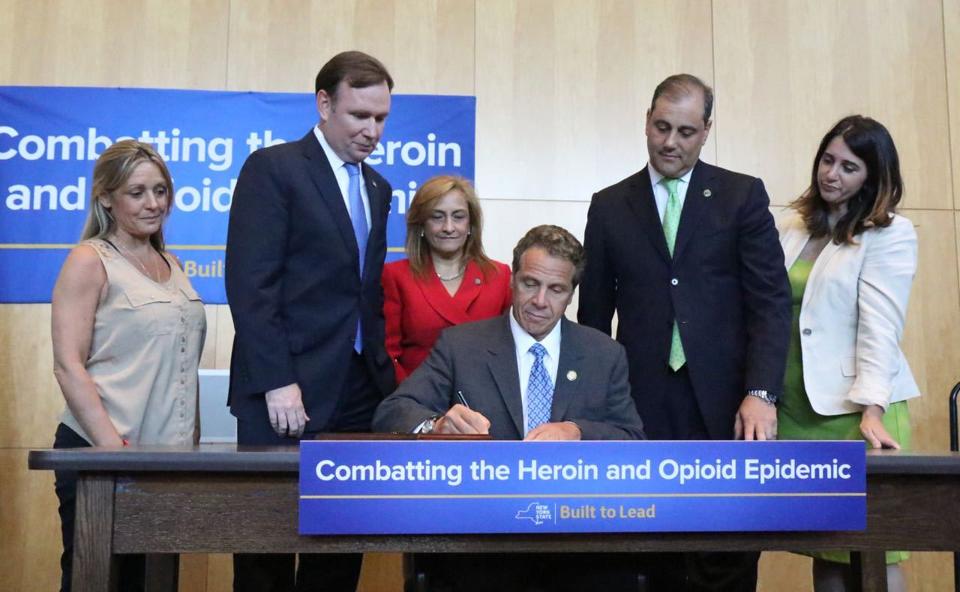